Lighting up the future of satellite communications

Since the beginning of the space conquest, communication between satellites and ground is an essential concern. For example, the first artificial Earth satellite was already sending information to the ground: a radio signal encoding a now famous audio periodic “beep”, easily detectable by radio amateurs, to let the world know USSR was the first country to reach the orbit. Later, being able to exchange with and between satellites gained importance to be able to control in-orbit objects, and repatriate information on the ground.

But in the last few years, the space market has been strongly reshaped by the concordance of different factors, as explained in the previous blog article: technological disruptions, entry of private actors and new ways to create value. With more and more satellites in orbit, and in the days where data is king, it becomes more important than ever to be able to communicate with space at high throughput, in a secure and reliable way.

The need for satellite communications is skyrocketing

Satellites are currently used for different purposes such as Earth Observation, meteorology, TV broadcast and telecommunications. The needs in terms of quantity and resolution of data are increasing, thus impacting the required infrastructure capacity and throughput. More than an instant picture, it is also important to look at the evolution of capacity needs, which are increasing very fast.

To form an idea of what could be tomorrow’s space ecosystem, we can look at Starlink’s plans, the SpaceX constellation, which has today close to 2,000 satellites in orbit, but holds authorization from the U.S. Federal Communications Commission to launch about 12,000 and intend to add some 30,000 more to get a total of 42,000. To compare, the European Space Agency (ESA) estimates that the total of satellites that have been placed into orbit since 1957 is approximately 12,500, with about 7,900 still in space.

Indeed, Earth Observation has already proven its utility in different applications: meteorology being the most known, but also land-use changes, natural resources monitoring in agriculture or imaging of disaster zones. The arrival of constellations with 1-meter ground resolution is answering the need for higher definition and real time imagery, stimulating the global market for commercial Earth Observation growing at a 5-year CAGR of 5% (Euroconsult, Earth Observation: Data and Service Market, Oct. 2021). Higher resolutions (50 cm and below) are also stimulating the defence market segment.

At the same time, new needs are also emerging, for example in-flight airline connectivity, which is today anecdotal because very expensive, but could become a standard in the next years. As a consequence, the satcom-based broadband internet access market is expected to grow at a 21% CAGR (PwC, Main Trends & Challenges in the Space Sector, Dec. 2020).

When we consider that satellite internet access could capture an important part of this web traffic, it will be more important than ever to be able to exchange data between space and ground in large quantities, at a high speed and in a reliable way. 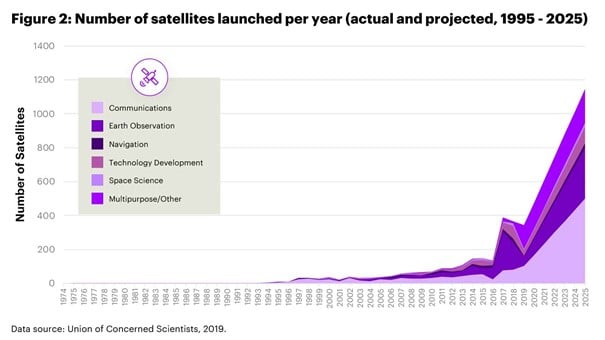 Source: Accenture, Will satellites and 5G spark a new world of mining?

It appears that the needs in term of throughput are already high and will increase in the next decade, but the current technology used to transmit this data, radiofrequency (or RF), seems to reach its limit. Indeed, some limitations are restraining the use of radiofrequency. Firstly, radio waves of the same frequency and emitted from different sources can interfere between themselves, degrading the transmission quality.

So, the first technical limit is on frequency bands, each of them being able to handle a maximum bandwidth. Also, the satellite operators have to ask authorisation to exploit a frequency band, with a long lead time to obtain license. Finally, each satellite user must pay fees to operate on a band.

Almost a decade ago, in 2013, the Satellite Interference Reduction Group (SIRG), now known as the Satcoms Innovation Group, conducted a survey that showed that 93% of the 500 responding satellite operators experienced interference at least once a year. More than 50% of them suffered from it once a month at least, and 17% continuously in day-to-day operations.

Another factor that could aggravate the saturation of the RF frequency bands is the massive deployment of 5G. It will have to coexist in a band traditionally used for space communications by satellite operators or defence industry.

Even if some solutions are developed to overcome these problems, such as exploitation of new frequency bands or Electronically Steerable Antennas, relevant for LEO constellations, it seems that the RF technology will be intrinsically too limited to support the future exploding needs in terms of space data communication.

It is interesting to compare the space communication sector with terrestrial networks. A few years ago, a shift from copper to fiber in this latter field happened, thanks to intrinsic advantages provided by optics combined to technological enablers such as off-the-shelf optical fiber amplifiers (EDFA).

Indeed, optical communications allow very high throughput compared to copper. These advantages are true when the light is guided through an optical fiber, but are also transposable when it is not, meaning that the light is projected “free-space” thanks to a laser.

This is where free-space optical communication become interesting for today’s topic. Communicating between space and ground using laser removes all the limitations on frequency bands, allowing greater throughput (from 1Gbits/s maximum with RF to 10-100Gbits/s achievable with laser) in a more secure way since the laser beams are more directive, less interceptable and not jammable.

It is today a major concern for all the actors of the space industry to be positioned in the laser communication market, for example with the “SpaceDataHighway” project from ESA and Airbus Defence and Space or “The Transport Layer” of the Space Development Agency (USA).

Nevertheless, the market for laser communications is less mature than the RF one, some projects demonstrated Proof Of Concept but are not yet deployed industrially. This represents some interesting opportunities, giving first mover advantages for the companies that are positioned on what will be the future appropriate technological optical solution.

The space market is very dynamic and growing fast, due to a convergence of different factors. The demand for space services is also influencing while simulated by the industry dynamicity. Increasing standards, such as higher resolution in Earth Observation, combined to new satellite Internet connectivity needs, will challenge the current radiofrequency infrastructure.

Hopefully, free space optical communications are very promising and will definitely take a place in the ecosystem. Because of the growing needs in terms of bandwidth and the limitations of RF, this technology will be non-substitutable in the future, giving a potential strategic advantage for the actors that are already deploying it.

Laser Communication
Share
Previous post
Upgrading your network infrastructure in the middle of a fiber shortage
Next post
Satellite-to-ground laser communications: a step from experimentation to commercialization 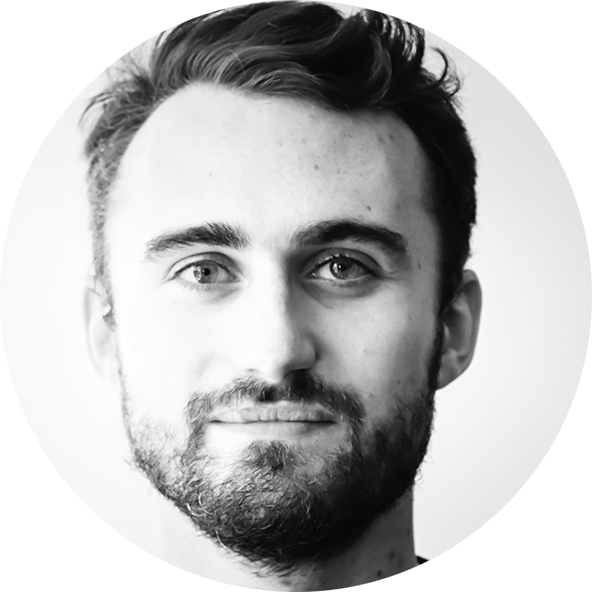