Welding: from arc to beam, evolution and revolution

From the "Petit Chien à Bélière" pendant – one of the first known examples of the permanent joining of metal parts – to new welding techniques using high energy density beams, metal welding processes have come a long way since ancient times.

Note: this article is the first in a series dedicated to laser beam welding processes.

As they developed skills in metallurgy, humans quickly felt the need to assemble "basic" metal parts to form more complex structures. One of the first techniques used was "brazing"(1). This process consists of joining two metal parts using a filler metal with a lower melting point than that of the parts to be joined. This means that only the filler metal is heated to its melting point, which then joins the two parts.

The "Petit Chien à Bélière" is considered by historians to be one of the first examples of this technique(2). A more recent example is the soldering iron, used to assemble electronic components using tin solder (which acts as the filler metal). 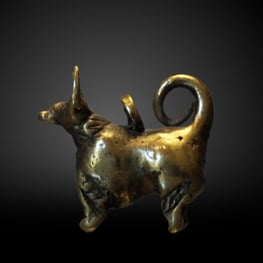 Welding consists of joining parts in a "continuous" manner at their interface, with or without the use of a filler metal(1). The notion of continuity means that there is no separation between the materials to be joined, or the filler metal, where used. The join is made in a fluid way,  the two parts are “mixing” at the weld. A good way to provide a continuous join is to bring the two parts to their melting point at their interface.

The development of arc welding as an industrial solution

One of the first techniques was gas welding, which consisted of burning gas with oxygen and using the flame to heat and fuse the parts to be assembled. During the same period, the use of electrical energy allowed the development of two new processes: resistance welding, where an electric current is conducted through two parts at their interface, heating the parts until they fuse; and arc welding.

Arc welding has evolved considerably since its invention and is still widely used today for various applications(4). There are several variants, but the overall principle remains the same: the part to be welded and an electrode are electrically connected to a generator; when the electrode is placed sufficiently close to the part, an electric arc is created between the part and the electrode. This, combined with the electrical resistance of the parts, releases energy in the form of heat, which melts the edge of the parts to be welded (and the filler metal).

However, since the metal is heated to a very high temperature (several thousand degrees Celsius, depending on the process), it needs to be protected from the oxygen and nitrogen in the air, which could cause blowholes or oxidize the weld, resulting in poor assembly quality. The various techniques described below differ either in the type of electrode used or in the method of protecting the weld.(4)(5)

In addition, where compatible with the industrial application, mechanization and robotics have made it possible to automate certain processes such as TIG and MIG-MAG. Automation improves the quality of the weld and increases the production rate. 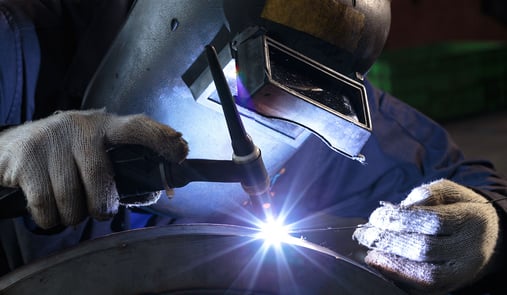 Operator performing TIG welding, with a filler metal in the form of a rod

The emergence of new revolutionary techniques

In the second half of the 20th century, new welding methods were developed. One such method is friction stir welding, which involves inserting a rotating pin at the junction of two parts and then moving it along the weld line. This pin consists of a probe that penetrates the weld and a shoulder that rests on the surface of the parts to be joined, limiting the penetration of the probe. This action softens the materials to form a paste and increases the temperature, resulting in the formation of the weld(6). Historically, this technique has been widely used in the assembly of aluminum parts, and more recently for steel. 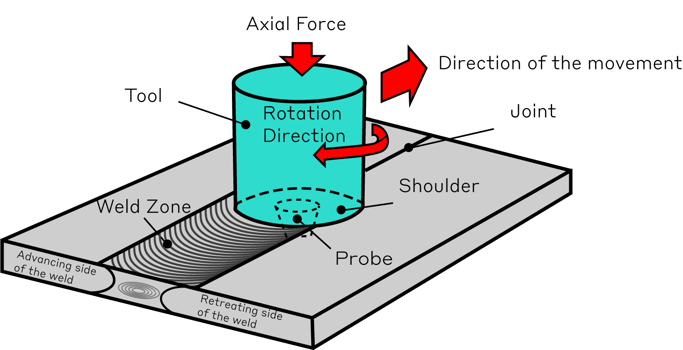 Around the same time, high energy density beams, such as electron beams and lasers were introduced. This last method is revolutionary from a technical perspective and has numerous advantages, which we will discuss in the next article in this series. We will also look at the different laser welding techniques and their fields of application.